Is Your Man Potty-Trained? 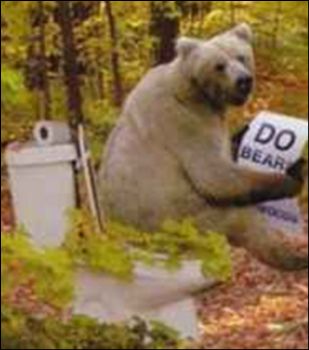 Knowing the importance of drinking lots of water, I’d planned in advance for the day. Upon waking, I’d started chugging down my water, so that hopefully by the time we boarded the plane, I’d have had ample time to let the water “run its course,” before we embarked on the two-hour flight. (Using airplane toilets is worse than creating idle chatter with the passenger next to you!) I was in the middle of second-guessing my bladder capacity, when I locked eyes with a guy walking down the aisle. Rats! He put his carry-on bag in the bin over our head and sat down in the seat next to me.

After buckling himself in, he looked our direction and introduced himself as, Rich. James, in the window seat, looked up from his magazine long enough to feign an interested, “Hello.” Drat! There was an exchange of words! Protocol now dictated that we had to chat at least a little bit during the flight—it was the holidays and the season to be cheery! I resolved to follow through with my duty, then would casually nod off and take a nap until we landed.

Rich questioned our flight—were we returning from Christmas travels? As I explained our yearly trip to Ohio for ringing in the New Year, he nodded enthusiastically. Turns out that he, too, was making the trip to hook up with some friends and family for the same occasion. He’d come from Boston, which explained his curious way of talking and the enunciation (or was it lack of?) of his words. I had to listen intently, to be able to understand his dialog and/or dialect. Unfortunately, Rich took my actions to mean that I was interested in further conversation. I continued to “hang” on his every word and mentally translated the words in my head…”Ca=Car, Ba=Bar, Do=Door…”

The plane took off, James dozed off, and I grew ticked off…How could my husband sleep, while this stranger next to me insisted upon talking?!! I silently called dibs on the window seat for the trip home!! Within that first hour of the trip, Rich and I spilled our life stories to each other, talking of family, friends and foes. I was actually a little amazed at the comfort level we seemed to share with each other. I glanced at my watch, forecasting that we’d be reaching our destination in about 30 minutes. It was then that I felt that all-too-familiar “pang” deep within the bladder region. “Oh no! Please, no! You can hold it until we land,” I silently consoled myself, while subtly squeezing my legs together.

It was then, that Rich uttered the most curious fact I’d ever heard…”I haven’t pottied since last Friday.” Oh My! We had shared a lot in the last hour or so, but why did he feel the reason to divulge this?? And what a way to state such! Only a toddler would say, “potty.” Had he noticed me squirming, and felt compelled to reveal such, to put me at ease? Was he bragging?? I tried to look impressed (actually, I was!) by raising my eyebrows and saying, “Oh really?! I don’t know many guys who can go that long!”

“Yeah, well, I don’t potty too much,” he returned. “How about you?” he quizzed quite seriously. “Do you potty very often?” It was all I could do to refrain from jabbing James out of his nap, as I nervously looked around to see if anyone had overheard the previous passage of words. Everything appeared to be normal, aside from the absurdity of the direction our conversation had taken. “Ah, well, I guess so,” I uncomfortably returned. “I really don’t think I do much more than the average person.”

I prayed that Rich would halt the discussion. I tried vainly to think of a new subject to deter anything more coming out of his mouth. But, to no avail, he continued. “I get hyper when I potty. I just can’t sit still!” “Oh, really?” I asked, trying hard to continue, yet seeing no way out. Another glance at the watch…Rich brought me back to Earth, informing me, “I can never potty sitting down. I always have to stand up and sort of sway.” He intently gazed into my befuddled baby blues, wondering what I’d say next. I was completely baffled by this time. I had thought that most guys did use the toilet standing up. But did they sway? Was there a different “style” in Boston? “I guess I don’t have much of a choice,” I returned. Seeing a perplexed expression on his face, I further clarified myself, “I always sit down.”

Looking more interested than ever, Rich asked, “What do you usually drink when you potty?” Did he mean DURING??? Was this guy daft?! “Uh, well, I don’t know. I guess it depends upon the situation and if I’m extremely thirsty.” By this time, my brows are knitted into what I swear will be a permanent expression of disbelief and wonder. “Are you gonna potty with your friends tonight, or wait until New Year’s Eve?” he inquired next…And it was then, that a sudden wave of embarrassment hit me! Potty=Party!! “Yes,” I replied in a barely audible mumble. “I think I will be ready for a cold beer when I get off this plane!”

How ironic that he should then seek pardon to leave our conversation: “You’ll have to excuse me for a moment, Debbie. I’m going to use the bathroom before we have to get ready to land."