My phone rang at 4:22 this morning which is always scary. It was my youngest son checking to see if we were ok. He'd already called his sister to see if they were ok. I asked if he was ok (of course) and he said yes, I am, but not the house. First thought was a fire, then he said straight line winds (less than a tornado) hit their place. Thankfully he was already on his way to work and wasn't hone so he called into work and went straight back home.
His roommate heard something, went downstairs, and saw the grain bin coming straight towards the house so he 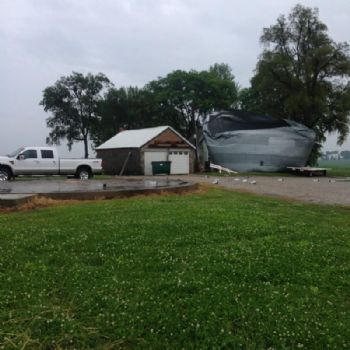 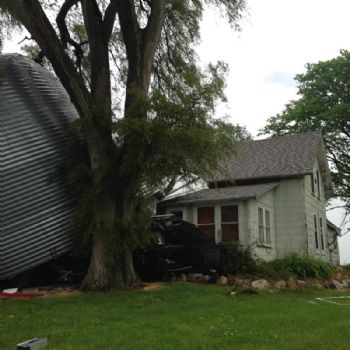 ran out and hopped in his truck. I'm thinking the smarter move is to go to the basement! Anyway, he got 3 miles and his transmission quit. Come to find out, the bin hit his truck and hit something to do with the transmission, and drained out all the transmission fluid. Colin's truck, which he bought 3 weeks ago, got hit by the bin too. He said the barn was old and starting to cave in. Now it's a pile of boards. I'm thankful all of them are safe. Stuff can be replaced.
My daughter and SIL's patio chair blew through their deck railing and their grill is trashed. There is a trampoline between 2 houses that blew in from across the park. They said the tornado sirens never went off. We got a lot of rain at our house, but nothing else. Crazy way to start the day! 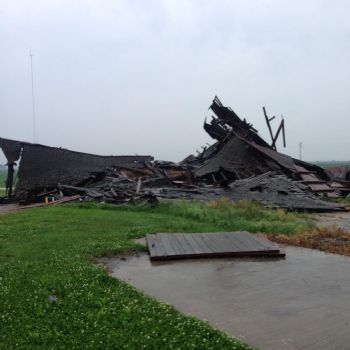 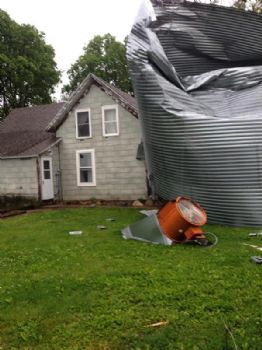