I am sharing another blog from Girlfriends in God. This resonates with me on many levels. As I have often said, I love my family, but I do not trust them. 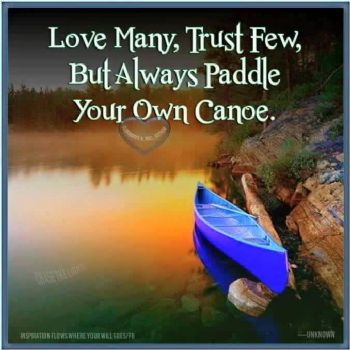 I was molested as a child, by a family member, and when I told my Mother about it, she called me a liar and spanked me. By any account in this day and age that would be child abuse. It took me many years to forgive her, and my abuser. Then it was years of counseling to come to grips with my being an incorrigible child. Of course I didn't share what had happened to me with my counselor, I wasn't going to share that again with anyone!!

So part of me was broken as a child. And I believe that when I feel intimidated, or am giving ultimatums or expected to perform according to other's perceptions, I rebel, and revert to the little girl who is not believed. Unfortunately in the past I have used food as my protector and my solace. Then the bad habit becomes automatic, and I don't even know why I am overeating. By doing a book study on Inside Out Weight Loss, it is helping me balance my inner and outer tensions, and actually work on some inner healing. I closed down this part of me so I didn't have to deal with it. I managed a great career as a financial manager, and raised my children. So I thought because I was highly functional everything was fine.

I am finally seeing the scale slip downwards, but it isn't because I have made a change in my eating, that has been in place for months. It is because I am letting go of the crap and allowing myself healing.

God be with you this Easter season. And now more than ever, I know he is the GREAT HEALER!

I delight greatly in the LORD; my soul rejoices in my God. For he has clothed me with garments of salvation and arrayed me in a robe of righteousness, as a bridegroom adorns his head like a priest, and as a bride adorns herself with her jewels.
Isaiah 61:10
Friend to Friend

Debbie’s paternal grandparents had both a housekeeper and groundskeeper who lived in their basement apartment. Nina and Silas were like part of the family and had lived with the grandparents for as long as Debbie could remember. On many occasions, when Debbie’s parents and grandparents went out to dinner, she and her older sister were left in the care of Silas and Nina. The girls’ parents had no idea that Silas was molesting their precious children time and time again.

From the time Debbie and Beth were three and six years old, until they were ten and thirteen, Silas fondled and sexually molested the girls in the basement apartment lit only by the black-and-white television blinking in the background. While Silas ravaged Debbie’s body, her sister held her face in her hands and told her stories. Together, the girls escaped to a land faraway while the worse nightmare imaginable was played out before them.

Silas warned them, “If you tell anybody, I’ll hurt your brother.” So the girls suffered in silence.

When Debbie was ten years old, she and her sister spent the night with her maternal grandmother while her parents were away on a business trip. The elderly grandmother paused at the opened door to watch her precious granddaughters kneeling beside their bed. With arms wrapped around each other they began to say their prayers.

“Dear God, thank You for Mommy and Daddy and Kevin, and Grandma and Grandpa Wilson, and Grandma James. We pray You will protect us from Silas and keep him from hurting us and touching us in private places. We pray…”

The stunned grandmother clutched her heart, rushed to embrace the girls, and sobbed uncontrollably. The rest was a blur.

A few hours later, in the wee hours of the morning, their parents came back from their business trip…two days early. The girls could hear their parents crying in the next room, but nothing was ever mentioned about Silas. All they knew was that the next time they went to Grandma and Grandpa Wilson’s house, Silas and Nina were gone.

Years passed with little mention of the years of abuse by Silas. Like old war veterans who never mention the horrors of battle, the girls never mentioned the molestation again. However, the chronic pain of the past was an undercurrent to their total existence. Debbie felt dirty, used, and cheap. She felt like damaged goods.

Debbie accepted Jesus Christ as her Savior when she was a small child, but she had a difficult time believing Jesus could accept her. She didn’t see herself as a precious holy child of God dressed in robes of righteousness. She saw herself as a dirty orphan dressed in tattered rags. Then one day, she went to a Bible study and heard for the first time about her identity as a child of God.

“I didn’t feel like a holy child of God, but that’s who the Bible said I was,” she explained. “I read and reread that list of who I am in Christ. The more I studied about my new identity and the truth that sets us free, the more I began to accept it as true. I began to realize it was Satan who held up the picture of Silas and what he had done to me to remind me of who he wanted me to believe I was.

“But that was a lie. God took the truth and massaged it into my broken heart like a healing ointment. He placed a crown of beauty on my head and washed away the ashes. He gave me the oil of gladness instead of mourning, and dressed me in a garment of praise instead of despair. No longer was my identity determined by what happened to me as a child. My identity is determined by what happened in me through Jesus Christ.”

Debbie accepted her new identity. It was there all along, like a cloak waiting to be placed on the princess’ regal shoulders. She received the robe of righteousness and now walks with the confidence of a dearly loved child of the King.

This devotion may have been difficult for you to read, but it is very important. No matter what you have been through, if you know Jesus as Savior and Lord, you are a pure and holy child of the King.

Have you accepted your new identity? Are you ready to start believing the truth? Are you ready to put off the ragged robes of shame and put on the robe of righteousness that Jesus purchased just for you with His own life? He’s holding it open for you right now. Slip it on. It’s just your size.

Dear Heavenly Father who loves me, I come to You with a heart humbled by Your tender love for me. I thank You that You have removed the filthy rags of this world from my life and clothed me with the righteousness of Christ. Help me to hold my head high as a child of the King.