Well I was saving my one day of drinking alcohol for Sunday, but that plan apparently wasn't the plan of the cosmos. Three of our friends came over Friday for game night. Two of the friends are neighbors who are usually not big drinkers. Well, they were ready to have more than a few and the rest is history! BUT that's my one day for the week. That's it. So we decided to have a drink free Superbowl party here at home rather than go to the bar. Our neighbors, my step daughter and my mother and father in law are going to come over and watch with us!

Thanks to having people over around dinner time I get to make another new recipe! DH decided he's going to make chicken wings and some sort of dip with some wild boar a friend gave us. In order to make that meatfest a little more healthy for the group I'm going to have a veggie tray and homemade black bean soup that I've really been wanting to make! Another Cookie and Kate recipe for the win! cookieandkate.com/2016/s
picy-vegan-black-bean-soup/ 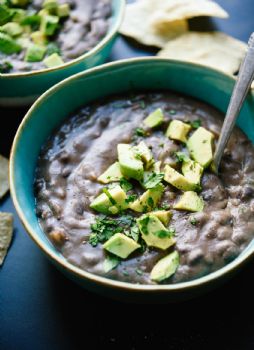 Our neighbors are making homemade vegetarian chili to bring as well. Lots of protein and fresh veggies for dinner tonight! Yum!

I've kept up my at least 15 minutes of working out every day the entire 5 days of February. Friday I went to Crossfit again. I've been doing really well at doing 3-4 Crossfit classes a week! And it's paying off! I did my first Toes to Bar!!!!! My coach even took a video and posted it to our Crossfit Facebook page! www.facebook.com
/ESFCincy/videos/130132573
3294127/ 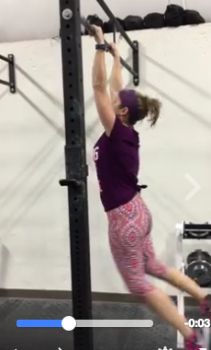 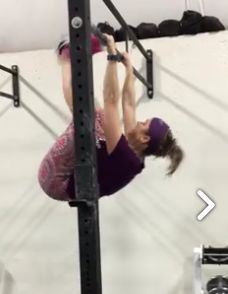 Yay!!! Look at that core strength! I was (and still am!) so excited! Now just to start stringing more than one of them together!

While it's pretty dang cold outside it's supposed to warm up a little this afternoon and be close to 50 degrees so I think I'm going to go for a 2 mile run. I haven't been running as much lately but it'll be nice to get out in the sun and fresh air. It's been so grey and drab here the last month or so. Is it like that all over the US or are we just this lucky in Ohio? No wonder why I had to book a trip to the tropics - I miss the sun!