My step daughter Amelia is coming for dinner tonight. She doesn't get to spend a lot of time with us, but because of some growing issues she's been having and at her request - she's going to be spending a lot more time with us! Yay! (Long complicated story - DH is not her biological father, but she doesn't know that - he is dad and always will be. That in itself makes our whole situation complicated. But she's amazing, and we love her to death!) 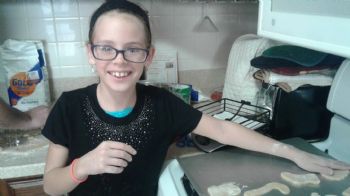 One of the issues she's been having is being underweight and being constipated. She spends a majority of her time with my mother and father in law and I know she's eating, but I do have concerns about WHAT she's eating. To hear the concerns about her constipation, weight and lethargy at times I decided to do a little research. With her spending more and more time with us, it's my plan to incorporate more fruits and vegetables (fiber!) in to her diet and to try to cut back in processed food.

I constantly hear about serving "kids food" to children - but that wasn't how it worked in my house when I grew up. Yeah, we ate mac and cheese and hot dogs sometimes, but if mom was making chicken and broccoli and brown rice for dinner - you didn't get a special meal. If you didn't like broccoli you MIGHT be allowed another vegetable to replace it but you'd have to at least have a few bites. Or there might be a nice cheese sauce that makes that broccoli more exciting and palatable for little mouths!

So my question is to the parents and grandparents (or friends, aunts, uncles, whoever that take care of kids you love!) out there - what are your secrets? Do you have any experience with constipation issues in kids and how did you combat them? What foods do your kids like that you were surprised by? Do your kids have to at least try everything you cook? Do you sneak vegetables in to recipes so they don't know? 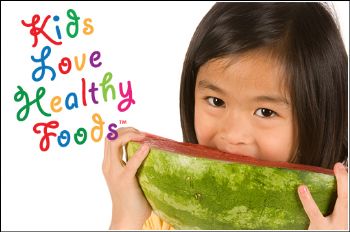 Last night I got another new PR! I got two push presses at 80 lbs! That's 5 lbs higher than my last push press PR! Last night's workout was good. I got a good workout. BUT I didn't do very well at it. There was a lot of jump roping and I apparently forgot how to jump rope last night! At least I still got the calorie burn even though I didn't get a good score in Crossfit terms! AND I didn't quit. Because at one point I really did just want to throw my jump rope down and quit! I was so frustrated! But I finished so that's a win!