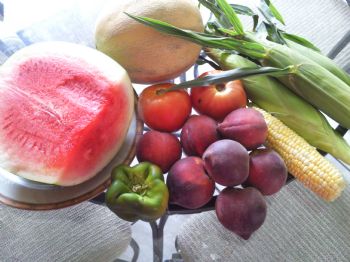 I received my weekly TIME Magazine in the mail today. It had a very interesting article on the front page titled "The Weight Loss Trap" written by Alexandra Sifferlin. Here on some of the things I learned about obesity in the United States and "how to lose weight":

71 % of American adults are overweight.

Of the 14 "Biggest Loser" contestants that were studied, 13 of them gained back an average of 66% of the weight they had lost on the show, and 4 were actually heavier than they were before the competition. 80% of people with obesity who lose weight, gain it back.

Researchers now believe weight loss to be more complicated than the simplistic arithmetic of "calories in vs. calories out".

One researcher found that when you put a group of people on either a low-carb or a low-fat diet, there will be people in the group who are very successful, some who don't lose any weight and people who actually GAIN weight.

From the National Weight Control Registry (NWCR), it was found that of those who successfully lost at least 30 pounds and kept it off for a year, most cut back on how much they ate in a given day and also increased their physical activity. The most common form of exercise being walking. They also reported eating breakfast every day, weighing themselves at least once a week, watching fewer than 10 hours of TV per week, and exercising about an hour a day. Finally, and maybe most importantly, they were motivated by something other than a slimmer waist such as a health scare or the desire to live a longer life. The successful people kept trying different things until they found something that worked for them.

Some believe that it is genetics which account for the variation in success for people on the same diet plan, yet genes alone cannot explain the rapid rise in obesity.

In addition to poor diet and lack of exercise, some believe that chemical exposures are an important factor in the cause of obesity.

Some scientists are studying how the microbiome (the trillions of bacteria that live inside the human gut) may influence how the body metabolizes certain foods. However, "research to support the probiotic pill approach to weight loss is scant"

Research has shown that just a 10% loss of weight, may show a noticeable change in a person's blood pressure and blood sugar control, lowering their risk for heart disease and Type 2 diabetes.

I'm going to keep this article around and review it periodically. One thing the article failed to mention and with which I want to end my blog . . . "Thank Goodness for SparkPeople ! This terrific website keeps me motivated and has helped me lose weight and get healthier"

Never give up ! Make this a "lifestyle" and not just a "diet". Together we can do this !