Health and Fitness Goals for July

June goals got away from me. I feel like I set them at the start of the month and then immediately stopped caring about everything I'd targeted.

So, how did it turn out? Here were my goals:
* Walk back the time I'm going to bed.
* Finish cleaning my office.
* Keep running.

I did okay on walking back the time, but was too inconstant to call it successful.

I did absolutely nothing toward cleaning my office. It's still the in progress mess it was at the start of June.

My running was also inconsistent. I did a virtual 5K in the middle of the month (yay) but spent a lot of time walking instead (boo). I did the Epic Canadian Virtual 5K yesterday (so July, not June) and it was a mess. 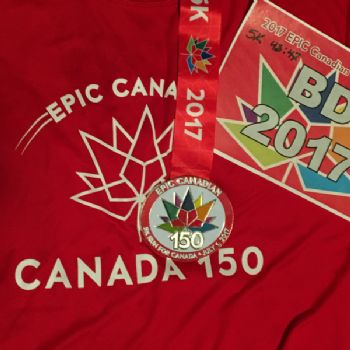 I neither prepared nor planned well for that and wound up having to walk most of it. At least I got it done on Canada Day. I am really, really glad I didn't sign myself up for the 10K this year, though.

So, looking forward for July, I want to narrow my focus a bit. As far as health and fitness goes, I really have one goal:

I've been talking about this for months now, I think. I want to do an elimination diet, because food sometimes hates me and I would prefer to know which foods it is so I can avoid them. This is also going to involve cooking a lot more than I used to (which is almost none), so I don't want to try and add other food or fitness goals on top of it.

Hopefully, I'll have a better debrief and the start of next month!
Share This Post With Others
Report Inappropriate Blog
Member Comments About This Blog Post