I've Suffered From Depression & Anxiety All My Life 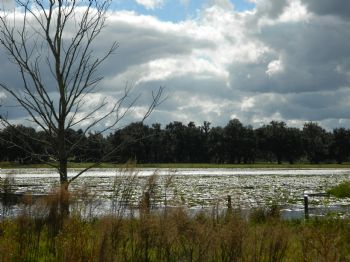 I've suffered from depression and anxiety all my life so I was pleased to see the cover story of this week's TIME magazine (August 7, 2017) was about "new hope" for those with depression like me. It is titled "Hope from a Strange Source" and written by Mandy Oaklander.

It gave me comfort that I was not alone as it sited statistics such as "6.7 % of people in the U.S. have clinical depression" which correlates to 16 million suffering.

It was discouraging to learn that 30 % of people with depression don't get better after two or more treatments and that it takes usually one to two months for most anti-depressants to work.

Depression is the leading cause of disability in the world according to this article, and suicides are at their highest rates in 30 years.

It wasn't until the 1950's that doctors realized "certain chemical cocktails" could be used to treat depression, when it was discovered that iproniazid,, a treatment for TB, had the side effect of improving their patient's mood. By the end of the decade, 400,000 patients were taking this drug which made them happier and more social. Unfortunately, it was discovered that iproniazid caused liver damage and it was removed from the market in 1961.

Tricyclic Anti-depressants were discovered in 1957 with the use of imipramine. These early drugs had bad side effects, however, Doctors came to realize what caused depression in the first place: depleted levels of the brain's neurotransmitters, namely serotonin, norepinephrine and dopamine.

The Selective Serotonin Reuptake Inhibitors (SSRIs) were invented with the release of Prozac in 1987 by Eli Lilly. The results were remarkable and within just three years, 2 million people around the world were taking it. I started on Prozac in the mid 90's and within just 3 days, I felt SO MUCH BETTER, I was almost "high". I was finally out of bed, an active and functioning human being. I still take Prozac every day, over 20 years later. It has been a God-send for me. But they don't work for everyone. Only about 35% of patients on SSRI's experience full remission.

Prozac was followed by many other SSRI's and they are what most patients are prescribed today. According to this TIME article, "The largest, longest study conducted on depression treatments, called the STAR*D trial, found that after people tried four anti-depressants over the course of five years, about 70% of them were free of depressive symptoms."

Now many experts and drug companies are looking at ketamine hydrochloride, which is the only legally available psychedelic drug in the U.S.. In large doses, anesthesiologists use ketamine to put people under before surgery. In smaller doses, club goers use "Special K" to "trip". As of now, ketamine is not FDA-approved for depression treatment, however there are two similar drugs that work similarly and are now in late-stage clinical trials. So far, 368 people have participated in the U.S. studies of ketamine for depression. The average cost of a single infusion is $600 and the effect typically lasts 7 to 14 days.

Unfortunately "people can become dependent on it, and long-term use of the drug has been linked to bladder toxicity and cognitive problems in those who abuse it recreationally" according to this TIME article.

I know, I for one, have no desire to enter a clinical trial to try ketamine. I'm one of the lucky ones that Prozac works for. However, as many as 5 million people in the U.S. have treatment-resistant depression. Dr Gerard Sanacora, director of the Yale Depression Research Program at Yale School of Medicine and a long-time ketamine researcher, writes that, "I still think it's the most exciting treatment to come in mood disorders, probably of the last 50 years. But the reality is, there's still a lot we don't know about the treatment."

Do you suffer from depression? Would you be willing to try ketamine?

Do you try some of these techniques to improve your depression?
I'd like to hear from you in the comments.