Good Afternoon boys and girls! Boy do I have a story to tell for you!

Let's start on Halloween. The most magical day of the year, and the day where I was scheduled to get a Neuro Blocker. For those of you who have no idea what that is, and I am assuming it's the majority of you since I didn't know either. It's a series of shots, in my lovely case 8 (though we only did 6, more on that later) that inject a numbing agent direct into your nerves in your head to help stop a headache.

Well let me tell you. It hurts like a mofo. Like a really really really bad mofo. After just three in the back of my head, two on the right and one on the left, I asked my Doctor for a breather. I was starting to get nauseous, feel faint, kinda dizzy, and very flushed. Yes, they hurt so bad I almost passed out and vomited on my doctor.

After a little 20 minute rest and some really interesting conversations about two YouTubers, CosmetiqueAstrology and Superwoman, we set out to do the rest. We were able to complete the last one in the back and moved to the front. Instead of doing the four in the front, I opted to only do the two.

At first it seemed to be working. Of course, I felt sick to my stomach from the pain of having needles stuffed into my nerves. And the my head did hurt were the injects where given. But my head was so numb, that when I went home to rest and lay my head down on the pillow, I felt nothing, and it was like my head for floating.

Of course that extreme numbness only lasted 12 hours or so. And once that started to wear off, the headache, the six month long headache, started to come back. After 48 it was completed back and I was having to relearn how to deal with the extreme sound sensitivity, the related nausea, the overall pain and throbbing that I had become so apt at ignoring.

After that experience, it makes me extremely nervous to see an acupuncturist. I can now imagine the pain that I might experience if they hit a nerve. So I opted for to see a chiropractor. I think this will be good all around. And from what I know, this particular practice is pro keto!

So, moving on to the GALA! My non profit I work for had our annual fancy Gala. You want to see some pictures? Okay. Here are some pictures! 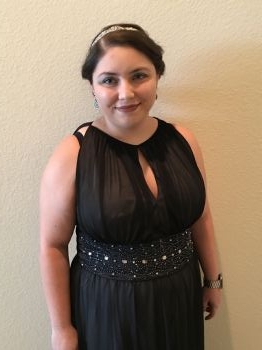 And some of my hair! Trust me, it was no easy feat getting my near knee-length long hair up! 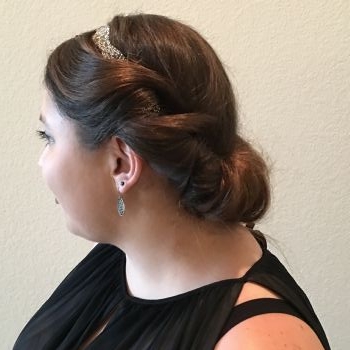 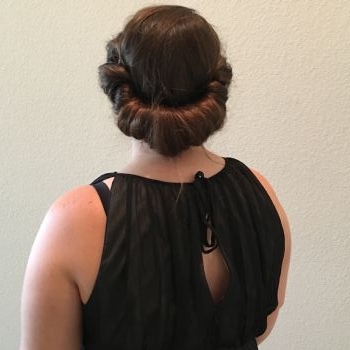 The gala was fun I guess. I worked the entire event, so I had little time to enjoy myself. But dressing up was so much fun. Plus I love having an excuse to wear makeup. I don't do it enough to make it a normal thing, so if I was to just wear it, people might think I was crazy. Plus I have no cute clothing

The next day, or rather two days later on Monday morning my Dad asked my mom to take him to the ER. You see, funny enough, the last TWO times he has been to the emergency room I had to take him. Once for a particularly bad nose bleed, and the other for pneumonia which landed him in the hospital for 4 days. In fact that last hospital stay wasn't but 6 months ago. I remember well, because my headache was especially new and bad around that time.

But I digress. Monday morning, at 12:15 am, my father tripped on the bathroom rug during a bout of coughing and fell. This fall caused him to break his left arm. Both bones, I might add.

Luckily mom took him to the ER, but I didn't really sleep until I heard them get back at 3:15 am. Today I took him to the orthopedic surgeon the ER recommended. And Friday, I will be picking him up from surgery where he will get a couple screws and a small metal plate.

I know this sounds silly, but in a round about way I can say this. SMOKING'S BAD YA'LL!! Seriously though. His cough is due to his smoking, which caused this in the first place.

Okay, now on to actual weight loss topics and informations! Yay! So I started keto (again, for like the 10 time) back on October 11. Since then I have lost 11 pounds! That's pretty good for someone who can't workout due to a crippling headache.

But being in keto has brought up many questions about things. Such as:

-I can stay in keto when I eat some carbs, but do other keto-ers stay away from low carb carbs. My favorite is Joseph's Low Carb Pita Bread and Paleo cookies from Cappellos.

-How much wine can I drink before I get kicked out of keto?

-Is it the carbs or the alcohol in the wine that actually kicks you out?

-Maybe I should buy some vodka and gin and see if that kicks me out as quick.....

Seriously though, I am not an alcoholic, but sometimes I want a second glass of wine, but I know that gets me really low on my ketones. I read that some people are affected different by wine than hard liquor, I just wonder if I'm one of the.

Okay...that's all folks! Hopefully headache will be gone soon and I can get back to train for 5k's and working out, and all that jazz!