Back to September on to March 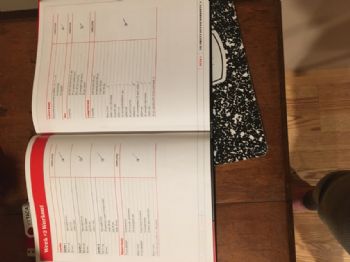 I’ve spent the last six months floundering. My son has been struggling for about a year and a half now, and I have been struggling right along with him the whole time. But, my fuel tank ran empty near September, and I have been running around on fumes since. I don’t believe in sharing negative things about one’s kids over the Internet, so I’m not going to share details. I’m in charge of his care almost all the time, and it’s been hard to manage basics like when to use the bathroom and still make sure he’s safe, let alone fixing myself a healthy breakfast or lunch. He’s been with a new doctor for the past three months, and I’m finally seeing the light at the end of the tunnel. No pain, and no meltdowns all this week, and decreases in both since we joined the practice. 🤩🥳 At any rate, I feel ready to start tackling my own health again, which means accountability time! In September, I discovered I am 5’7” instead of 5’8”, which makes a good goal weight 135-140, instead of 140-145, which I had been successfully maintaining for two years. Nearly the same time, I slipped up to 150 in the fall, backsliding to 157 by December. I lost five pounds in January, then regained most of it when I hurt my back at the beginning of February. My longer workouts (60-75 minutes) were not working for me, so I started shorter (20-30 minute) HIIT workouts in mid-February, after my back had completely healed, and am now back down to 150 as of this morning’s weigh-in. So, this month, I’m focusing on a.) getting more help from the school, b.) trying tapping to manage anxiety, and c.) getting in my fruits and veggies. 10-15 lbs is a discouraging amount, so I’m breaking it up. I owe myself (and not the federal government) 5 more pounds loss by tax day! 😁
Share This Post With Others
Report Inappropriate Blog
Member Comments About This Blog Post