Life is so interesting!!! Today on the Spirited Under Dawg team Debby4576 who's an EL (Extra Leader, they are not "extra" as in rarely used. Each EL backs up one or more other leaders. I am one of those other leaders their CL- Challenge Leader who helps to lead the team on to realizing how P

each and every one of our 42 members are! AND THEY ARE, but so is EACH Of you reading my blog!)

Where was the first place you ever traveled by Airplane? (It would be fun to see if someone never has flown in their lives too, so by all means tell us if you've never been on an airplane.... and our flights here on the team don't count haha)"

My answer has to do with my 1st flight and my last flight. These span over 21 years. There were MANY more flights between these 2, but strangely they are 2 I'd of wanted to write about. Other than during my 40s I had to use 1 sometimes 2 seatbelt extenders!! YO!! THANKULLY my last flight it was so COOL that I had extra belt to pull on since my weight was so much better!! Another member had also put their longest flight so I included mine too. Again it's NOT A TYPICAL flight!

So here's my answer,,,, PUT YOUR SEATBELT ON!! Neither was a NORMAL FLIGHT!!

I was 23, but it was not a commercial flight. My brother was a pilot and we were going from Maine to Florida where Id be living with him. Ever flown with a HIGH STRUNG OUT CAT??? I HAVE and in a SMALL plane that needs to refuel often enough and hearing that poor thing MEOOOOOWWWWW MMMMMEEEOOOOOWWW WAS NOT FUN for me or her.

We got down to North Carolina in a BAD Thunder storm!! A small Cessna is NOT where you want to be during one and neither did WE!!

Randy looked at me and said "Diane, I do NOT want you to panic, please just sit there, be quiet and you'll hear what's going on." "MAYDAY!! MAYDAY!!" (My heart LEAPED SO BADLY!!) "What is it Cessna # ,,,," "We've been hit by lightening and do not have full of the landing gear. Is there a near by airport we can land at?" "Cessna #,,,, please land on runway A22 at ,,, (name of airport) would you like to request emergency vehicles?" "There's no need for any emergency vehicles because we will either make it or we wont." (I TURNED SO WHITE it wasn't funny!! PRAYERS OH YEAH!!). "Cessna # ,,,, could we please know how many aboard and if you don't make it who do we contact." "I have myself and 1 passenger and a cat. Same contact person for us both Mary ,,, last name and phone #" "CLEAR ALL RUNWAYS We have a Cessna making an emergency landing on A22 coming in now."

Well we landed okay it skipped and hopped some, but all in all the not a bad landing. The cat (Angie a part Persian with an ATTITUDE, but I loved her dearly) was SO UPSET!! We had to stay an extra day, but the repairs were made quickly. The lightening had fried a cable and something else. AND OFF we went HAPPILY and easily to Florida. Next flight was Angie and I on commercial airlines for the ride months later to live in Maine again. Once in Portland I could hear Angie WAY BEFORE I could see her!! DOGS!! Back in the 80's animals RODE IN THE CARGO AREA!! She was accompanied by 2 DOGS!! She was NOT HAPPY!

Last time I flew was from Denver to Portland Maine again accompanied by A CAT!! This time it was IZZY and she was able to fly WITH ME!! Unlike Angie, Izzy LOVES FLYING!! As we took off from JFK Izzy quickly went right to sleep. As we were flying across the sky someone said to me "I think your cat is dead. She's not moving or breathing" (She was in her airline bag which has windows, open for air and I had placed her under the seat in front of me) my response "No she's not dead. She's used to flying and is just sleeping." "Oh no I am sorry, but she's dead." I started reading my book again. Soon enough everyone around us where talking about "Is the cat dead or alive?" AND THAN THEY TOOK BETS!! HAHAHA YES BETS!!

Shortly after we touched down in Portland and "I WON I WON!" The first gentleman said excitedly who had said Izzy was dead. QUICKLY Followed by "OH I AM SORRY!! I am SO SORRY!! I am happy I won so much money. But I am so sorry about your cat!!" Everyone was saying how sorry they were that Izzy had died.

We rolled up to the area to get off,,, the seatbelt sign went off. People were clearly watching me to see my reaction, money was changing hands, when I reached down, SMILED,, picked up Izzy's carrier and there was DEAD SILENCE (SO highly unusual at this point in flight) and a very soft "meow" was heard!! CLAPPING ALL AROUND and also GROANS!! "OH NO I LOST MONEY!! Oh but, I am so GLAD your cat is ALIVE!" Right after that "BEST CAT EVER to FLY WITH!" Everyone clapped again because Izzy was so GOOD!! HAHAHAHA What a difference between the FIRST FLIGHT AND MY LAST ONE 8 years ago.

My longest Flight was to Moscow Russia. WOW Standing in Red Square was so overwhelming so very overwhelming!! After that we boarded an airoplane (Called in Russia to go to Kiev in the Ukraine, ,, that was ANOTHER INTERESTING FLIGHT!! As we were at the airport we were told , "We do not have reserved seats and we are oversold. So we'll count 1 , 2 , 3!! AND YOU MUST RUN to the plane!! FIRST ONES Seated get to go!! Americans first (LOL by less than 30 seconds!) RUN WE DID!! All 30 of us made it,, somehow!! LOL TO FUNNY!! There was supposed to be a MEAL on that flight and there WAS.. But it was Russian style, a small cup ,, the size of a bathroom dixie cup of SELTA WATER!! That was IT, and the other passengers didn't get any which certainly RAISED EYE BROWS ON HOW DID THE AMERICANS GET THAT??? Russians do NOT Wear deodorant and we barely flew above the tree line!! PLUS instead of taxing down the runway for take off, the plane starts picking up speed ,, you know how at times you go down,, turn around at the longest part of the runway if it's a smaller runway and THIS WAS!!??? WELL we picked up speed and right as we started to turn around it TOOK OFF!! IT TOOK OFF!! Again TURNED PALE AS COULD BE!! Literally our mouths HUNG OPEN!! Our mouths STAYED that way since we never went much above the tree lines!! The plane smelled so BAD OF OB!! And the seats? I weighed 115 at the most and my butt touched the FLOOR and the person behind me, I knew their knees very well!! YO that I dubbed as another PRAYER FLIGHT!! We were flying to a convention of Jehovah Witnesses in Kiev. GLAD WE MADE IT!! And HAPPIER we took a cruise OUT of Kiev!! LOL

As we age TELL OTHERS the stories you have!! My Dad did this, and I smile/laugh at so many of his!! I can't say if MANY of his were true, but it doesn't matter. STILL fun watching his face. If your parents, grandparents etc are older, and they may tell the same story OVER AND OVER AGAIN ENJOY THEM!! Memorize the JOY it brings them to say what's happened in their lives. You'll learn so much more than a "story" You'll learn how much giving your time to others, brings them JOY AND LOVE as you give of yourself. A lesson so well given to others. Being healthier now as some are, or at the start of your weight loss journey you are also making more stories, and they are just as interesting. BLOG BLOG BLOG and share what you are learning , what you've done, want to do in life. Sparks is a LIFESTYLE. 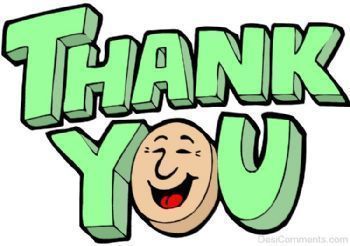 for coming to my blog